Raising a flag over the Reichstag

Raising a Flag over the Reichstag is an iconic World War II photograph, taken during the Battle of Berlin on 2 May 1945. The photograph was reprinted in thousands of publications and came to be regarded around the world as one of the most significant and recognizable images of World War II. Owing to the secrecy of Soviet media, the identities of the men in the picture were often disputed, as was that of the photographer, Yevgeny Khaldei, who was identified only after the dissolution of the Soviet Union. It became a symbol of the Soviet victory over Nazi Germany.

The Reichstag was seen as symbolic of, and at the heart of, Nazi Germany. It was arguably the most symbolic target in Berlin. The events surrounding the flag-raising are murky due to the confusion of the fight at the building. On 30 April there was great pressure from Stalin to take the building, in time for the International Workers' Day, 1 May. Initially, two planes dropped several large red banners on the roof that appeared to have caught on the bombed-out dome. Additionally, a number of reports had reached headquarters that two parties, M. M. Bondar from the 380th Rifle Regiment and Captain V. N. Makov of the 756th might have been able to hoist a flag during the day of 30 April. These reports were received by Marshal G. K. Zhukov, who issued an announcement stating that his troops had captured the Reichstag and hoisted a flag. However, when correspondents arrived, they found no Soviets in the building, but rather they were pinned down outside by German fire. After fierce fighting both outside and inside the building, a flag was raised at 22:40 on 30 April 1945, when 23-year-old Rakhimzhan Qoshqarbaev climbed the building and inserted a flag into the crown of the mounted female statue of "Germania", symbolizing Germany. As this happened at night, it was too dark to take a photograph. The next day the flag was taken down by the Germans. The Red Army finally gained control of the entire building on 2 May.

On 2 May 1945, Khaldei scaled the now pacified Reichstag to take his picture. He was carrying with him a large flag, sewn from three tablecloths for this very purpose, by his uncle. The official story would later be that two hand-picked soldiers, Meliton Kantaria (Georgian) and Mikhail Yegorov (Russian), raised the Soviet flag over the Reichstag, and the photograph would often be used as depicting the event. Some authors state that for political reasons the subjects of the photograph were changed and the actual man to hoist the flag was Aleksei Kovalev. However, according to Khaldei himself, when he arrived at the Reichstag, he simply asked the soldiers who happened to be passing by to help with the staging of the photoshoot; there were only four of them, including Khaldei, on the roof: the one who was attaching the flag was 18-year-old Private Kovalev from Kiev, the two others were Abdulkhakim Ismailov from Dagestan and Leonid Gorychev (also mentioned as Aleksei Goryachev) from Minsk. 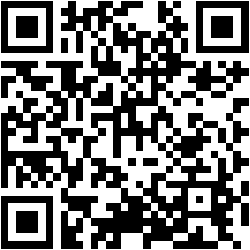